The Statue of Unity is dedicated to Indian independence movement leader Vallabhai Patel located in Gujarat, India. It is considered to be the world tallest statue and is twice the size of the statue of Liberty, and is located some 200 km from the central city, Ahmedabad. The exact location of the icon is at Sadhu Bet, near Sardar Sarovar Dam, Garudeshvar weir. The statue is built with the symbol of the country’s unity and integrity, and that’s the reason it is known as the statue of Unity. And a 3.5 km highway is built in the Sadhu Island to Nevada town in Gujarat to have the connectivity to the statue of unity. 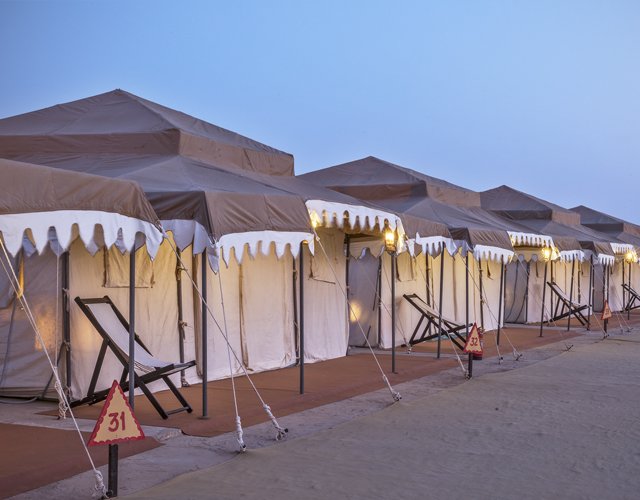 Another interesting fact associated with the Statue of Unity is that it can withstand wind velocity up to 60 m/sec, vibration and earthquakes. Along with the Statue, there is also a museum and audio-visual department to depict the life and times of the man who lived an extraordinary life in extraordinary times – Sardar Vallabhai Patel. He earned the title of Iron Man of India for his iron will and nerves of steel. The statue and surrounding area will be accessed by the individual boats to avoid the vehicular traffic.

The statue will be inaugurated on 31st October 2018 by the Prime Minister Narender Modi, and Ram V. Sutar designs it. Indian infrastructure company Larsen & Toubro won the contract on 27th October 2014 for the design, construction, and maintenance. The material used in building the statue is steel framing, reinforced concrete, bronze coating. The project was commenced 31st October 2014 and is about to be completed. The tallest statue of the world is undoubtedly the pride of the nation, and the project has more to offer like to have the Shrestha Bharat Bhavan, Museum and Audiovisual gallery, a laser, light and sound show, research center along with impressive view and entertainment. The research center dedicated to the research and development of subjects like good governance and agricultural development.

It is believed that the monument will be the most important tourist places in India. Tourist would enjoy the large modern canopied public plaza comprising food stalls, fine gift shops, retail kiosks, and other amenities. The monument will stand near the Narmada dam and Narmada Tent City Booking, which has also been named after the Iron Man of India and there could not be a more magnificent location for this statue; both are considered to be one of the largest in the world.

How To Reach The Statue Of Unity

The nearest railway station and airport is Ahmedabad, to reach the statue of unity. After that, the tourists take the road trip crossing various villages and cities starting from Nadid, Godhra, Vadodara, Dhavoi, Rajpipla, and Bharuch. There is a railway station in Bharuch too. But the road trip will give the feel of exploring the culture of the state and history of the place to be visited.

If you want to book different attractions nearby Statue Of Unity then Book your SOU Tickets now.